The conference schedule is available here as HTML (with links to the slide presentations) and here as a PDF file. You can also download the complete program, which includes the schedule and all of the talk and poster abstracts.

The Bioinformatics Open Source Conference (BOSC) is a satellite of ISMB. It is sponsored by the Open Bioinformatics Foundation (OBF), a non-profit group dedicated to promoting the practice and philosophy of Open Source software development within the biological research community.

BOSC brings together bioinformatics open source developers from all over the world so they can forge connections each other (both within and across projects), increase the visibility of their work, and collaborate to build shared resources. Participants can work together to create use cases, prototype working code, or run hands-on tutorials in new software packages and emerging technologies. For those who are bioinformatics software users rather than developers, BOSC introduces or updates them on a wide array of projects that they might find useful.

The conference schedule is available here as HTML and here as a PDF file.

Should bioinformatics reviewers be encouraged--or required--to use a standardized set of review criteria? (Some possible criteria are described in this blog post.) Should bioinformatics journals require authors, as a condition for publication, to release their tools and scripts? Can we develop procedures for fairly and systematically testing bioinformatics software, and should this testing be done openly (rather than secretly by anonymized paper reviewers)? These and other related topics will be discussed by a panel of experienced and opinionated bioinformatics researchers, in conversation with members of the audience.

Dr. Eisen is a professor at the University of California, Davis, where he holds appointments in the Genome Center, the Department of Evolution and Ecology and the Department of Medical Microbiology and Immunology. In addition, he has an adjunct position at the Department of Energy Joint Genome Institute in Walnut Creek, CA. Prior to moving to UC Davis he was on the faculty at The Institute for Genomic Research (TIGR) for eight years. His research focuses on the genomic basis for the origin of novelty (how new processes and functions originate), in particular in microbes. Dr. Eisen is heavily involved in the Open Access publishing movement and is Academic Editor in Chief of PLoS Biology. He is also an active and award-winning blogger and microblogger (e.g., see phylogenomics.blogspot.com and twitter.com/phylogenomics). In 2011, Eisen was awarded the Benjamin Franklin Award (Bioinformatics) for promoting open access in the life sciences.

His talk is entitled Science Wants to Be Open - If Only We Could Get Out of Its Way:

Scientific research and education is inherently an open activity. Yet the culture of scientific practice has inserted barriers in the way of this openness in every conceivable area from peer review, to publishing, to sharing resources, to education. I will argue that most or even all of these barriers are unnecessary and should be eliminated for scientific progress to be most efficient. 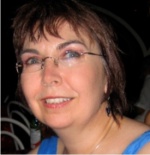 Carole Goble is a full professor in the School of Computer Science at the University of Manchester, UK, where she co-leads the Information Management Group. She has an international reputation in Semantic Web, Distributed computing, and Social Computing for scientific collaboration. She is the Director of the myGrid project, which has produced the widely-used Taverna open source software; myExperiment, a social web site that enables researchers to share scientific workflows; and the Biocatalogue of web services for the life sciences.

Carole's talk is entitled If I build it will they come?:

Over the years I have built a bunch of open source software and services for researchers: the Taverna workflow system, myExperiment for workflow sharing, BioCatalogue for services, SEEK for Systems Biology data and models, and most recently MethodBox for longitudinal data sets. As well as building software we built communities: development communities and user communities. So what drives/hinders adoption? What do I know now that I wished I had known before? How do we sustain communities on time-limited grants? How do we build it so they come, stay and join in?

The Open Bioinformatics Foundation, which sponsors BOSC, is dedicated to promoting the practice and philosophy of Open Source Software Development within the biological research community. For this reason, if a submitted talk proposal concerns a specific software system for use by the research community, then that software must be licensed with a recognized Open Source License, and be available for download, including source code, by a tar/zip file accessed through ftp/http or through a widely used version control system like cvs/subversion/git/bazaar/Mercurial.

We thank Eagle Genomics, Ltd. for sponsoring three Student Travel Awards at BOSC 2012. Each student winner will get free admission to BOSC.

Ex Officio (Members of the OBF Board)